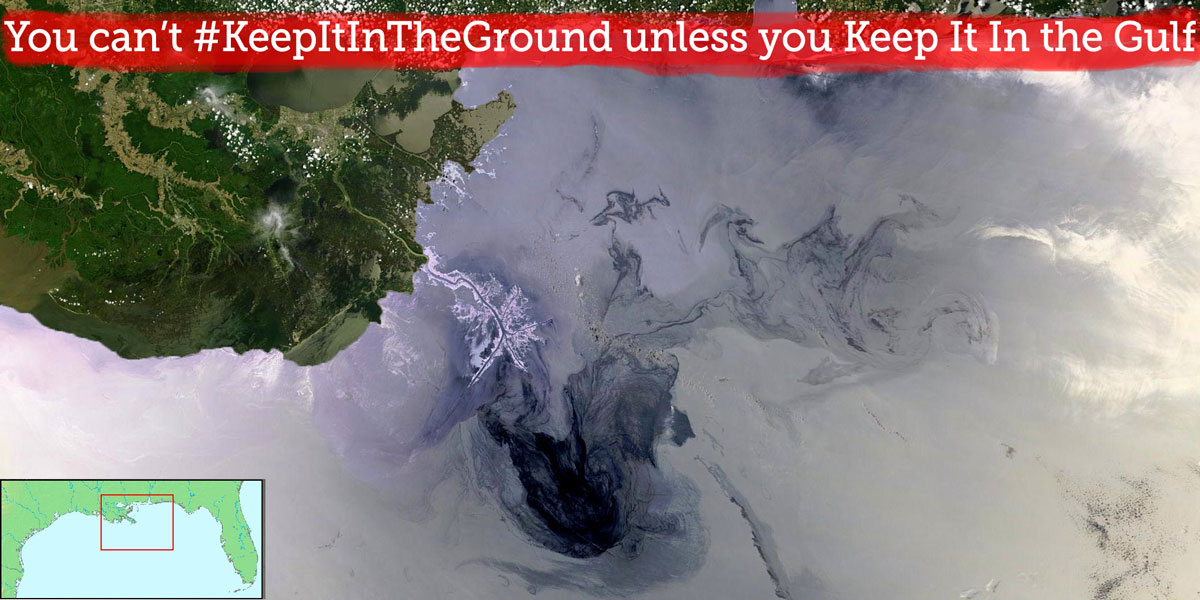 We're getting close to the June 16 deadline to deliver all our comments to Obama's Bureau of Ocean Energy Management asking them to ban offshore oil drilling and keep fossil fuels in the ground. But there's a disturbing trend I need your help to address.

It's critically important that we stand with our Gulf allies right now: Rumors are circulating that Barack Obama might ban new drilling in the Arctic. That would be a big deal, and an excellent follow-up to the earlier victory getting them to block drilling off the Atlantic Coast for at least 5 years. But of the 13 potential oil leases BOEM is planning, 10 are in the Gulf of Mexico, and only three are for the Arctic.

I can't say this strongly enough - any 5 year plan for offshore drilling that continues to treat the Gulf as a sacrifice zone is unacceptable and simply fails the climate test. And momentum is on our side: 11 Senators lead by Jeff Merkley (D-WA) and Sheldon Whitehouse (D-RI) sent a letter to the Department of Interior calling for them to cancel ALL new offshore leases for the next 5 years. But even these staunchest-of-allies in the Senate mention several specific dangers of Arctic drilling, while never once mentioning the Gulf of Mexico or America's third coast.

It's clear we can't #KeepItIntheGround unless we Keep It In the Gulf. And it's equally clear we're not going to win that victory without a lot more outreach, effort, protest and Environmental Action. Donate here to help us plan a series of events, protests and -- if necessary -- direct action events to shut down the fossil fuel infrastructure and oil drilling nobody wants to talk about in the Gulf.