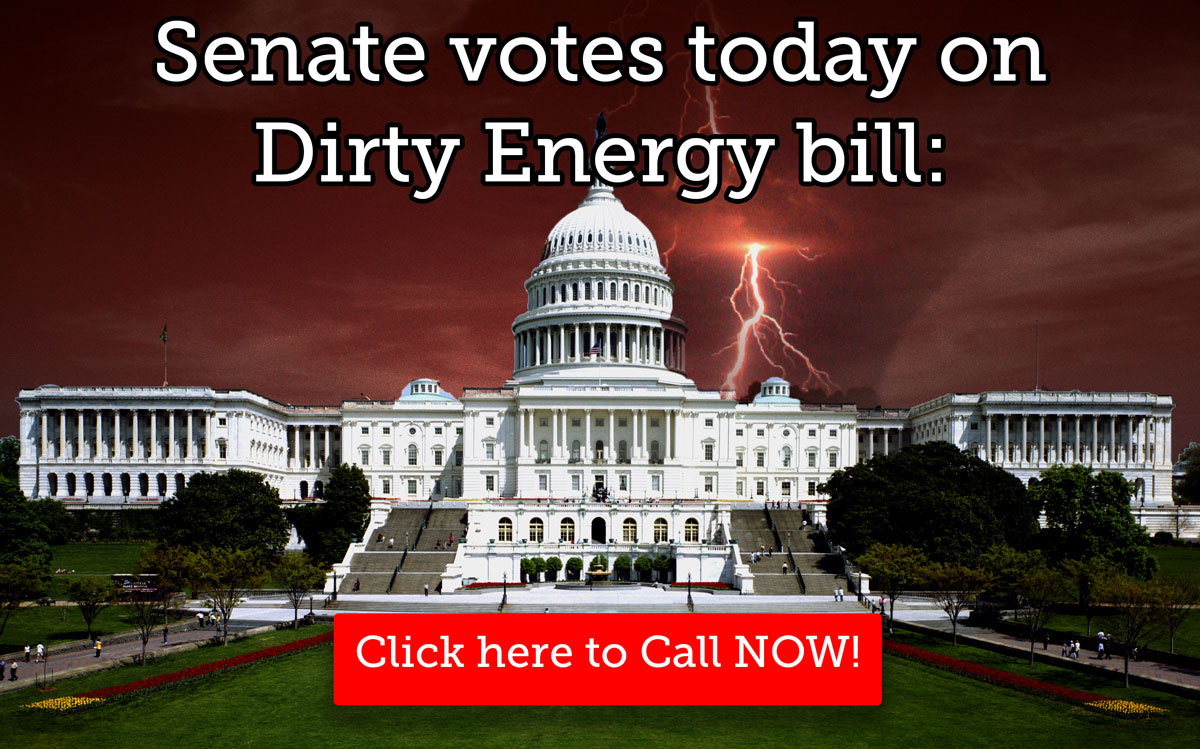 Update: The Senate is voting TODAY on a sweeping energy bill that would fast track approval of more fracked gas infrastructure and export fracked gas globally. The bill does not include ANY money to help the people of Flint, MI who are still suffering from lead-tainted water.

The Senate has reached a consensus deal on a sweeping energy bill originally proposed by Senataors Lisa Murkowski (R-AK) and Maria Cantwell (D-WA). The bill was held up in the Senate when Michigan Senators attached an amendment that would have sent much needed funds to Flint, MI to assist the troubled city with infrastructure repairs and water treatment.

But this version of the bill is as fracked up as the original and in some cases even worse. Senators who were fighting provisions in the bill that would increase offshore drilling caved, and even senators who were holding up the bill to get Flint, MI much needed funds for their water and infrastructure crisis have given in. None of these are included in the bill to be voted on -- but a series of climate killing, Big Oil giveaways like fast-track permitting of fracked gas export and infrastucture is.

Senators Mitch "King Coal" McConnell (R-KY) and Climate-Denier-In-Chief James Inhofe (R-OK) claim that they are voting on a clean bill -- but the reality is that this bill is a clean-sweep for Big Oil and other fossil fuel polluters. The messge is clear, under this bill Flint and our climate get passed over and dirty fracked gas gets jacked up.

If you can't make a call today, can you chip in here to make sure they styay free and available for everyone who can? Thanks!